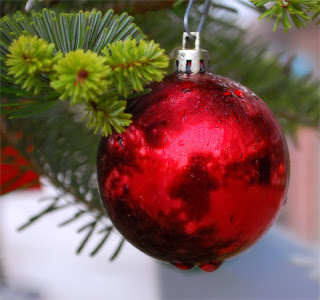 This will be my last blog post for the year 2013. I've decided without a doubt 2013 has been yet another sucky year to add to the last few years. Lets see....rock & roll had some great years, the 50's, 60's, 70's even the 80's were all good for music. The 90's were the declining years of rock & roll and 2000-2010, well, there just was no rock & roll. Rap, white kids trying to rap, female singers spewing out vocal gymmnastics or using the voice of a 12 year old....all of that since 2000 continuing up to date. I try and keep myself in check and not let myself become "an old person who doesn't understand the music of our youth today" but honestly, turn your radio on and decide for yourself. Classic Rock has become the last bastion of rock & roll as we knew it but how many times can you listen to the Eagles singing Hotel California or Walk This Way by Aerosmith. The only saving grace to music is that a computer allows you to hunt down all of the B-sides you like...thank you "for not getting it" Xerox. 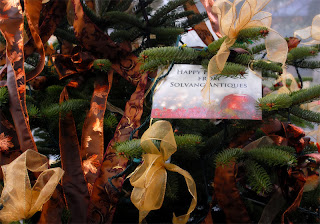 In the last installment of Indiana Jones there is a line that goes something like this "Indy, it appears that we have reached a time where Life stops giving and starts taking". I've lost my Dad and youngest sister. Friends I know have lost people too. An old school friend of mine since the 7th grade is now going through treatments for cancer...that used to be something old people got. The worst part of growing older has nothing to do with yourself, it has everything to do with those around you that you love. A good goal for 2014 would be to learn to keep my head up in spite of the things to come. 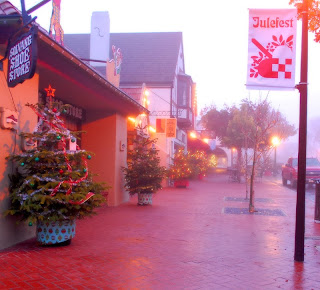 Art....I am painting better than I ever have. Better than I can imagine I have the ability to. Go figure. Art is such a bumpy ride. There are times where you make definate progress and other times you seem to be going sideways instead of up. To those of you who paint just hang in there....the "up" will happen. As for sales....did I mention 2013 totally sucked! I'm right there with a lot of you who this economy has effected. Remember...VOTE! The People of this country still call the shots, not the Government....nor the Media. VOTE! 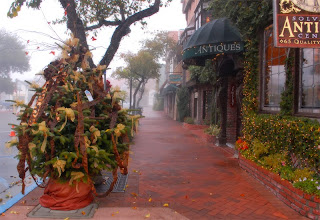 Hopes for 2014....I hope all of you, including myself, improve in our art. My goal has always been to one day paint something spectacular...something a Master would have painted. You should have this goal too if you paint. Never be satisfied with your work or you'll never even get close to painting something spectacular. I hope our country finds it's way and that's up to you and me. It's important. I know this is an art blog but America, and the state of it, should be in everyones mind. I hope our kids stop killing each other in our schools, I hope the people running around knocking people out for no reason other than to see themselves on video doing it enjoy a long, slow and painful death, I hope every single terrorist does the same. 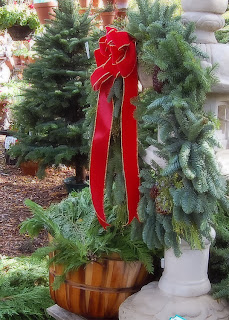 Lastly, I will try more to do good in 2014. Doing something good for anyone is what life is about. It makes you a better person and makes life a little easier for the other person...so why not. To start the year off on the right foot I will do something good...now. To the first of my Subscribers or Followers who emails me with the promise that they will do something good for someone else I will send you the painting below titled "Above Santa Ynez"...for free. The painting is an oil painting that measures 8"x10" on stretched canvas. All you need to do is buy an 8"x10" frame, put a nail in your wall and you're good to go. You have to be a subscriber or follower of my blog and the first to email me....my thanks for your interest in my art and for you promising to do something nice for someone in 2014.

****To email me go to "About Me", click on Ron Guthrie then click on Email****
Now I've strarted my new year off on the right foot.
UPDATE....The painting has already been snagged up by Monica, the first to email me. So the painting will be on it's way to Atlanta soon...Congratulations Monica! 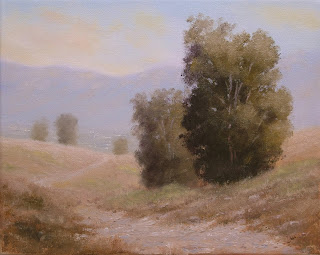 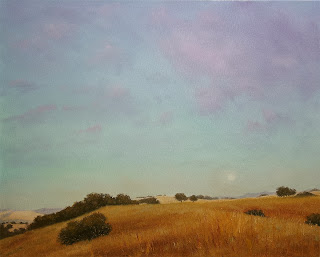 "Moonrise Near Foxen Canyon"
16" X 20" Oil on Canvas
This painting is one of maybe 3 or 4 that I really feel are the best I've done of capturing what the Santa Ynez valley really looks like. I have it hanging near my computer here and get to see it daily...yep, I like it that much. The painting was one of those milestone paintings you do, a painting that you feel shows some significant growth as an artist. I like this painting so much I used it as the cover of my art book. I'm getting ready to start another painting and have been looking at my work here getting ideas.
I love the sky colors here, not mine, they belong to the valley. I had a period of painting a lot of large sky/low horizon paintings. I can see the draw to artists who paint skies...they are so much fun to paint. Skies can be painted so many ways and direct the rest of the painting. I'm looking back and forth at the actual painting and telling myself I need a better frame on that painting! I think if you kept a painting around long enough you'd reframe at least it 10 times.My advice is sell them quick so you don't go broke buying frames! 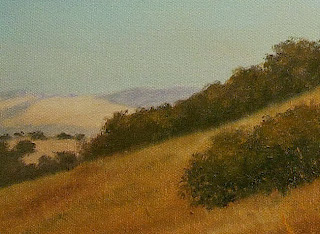 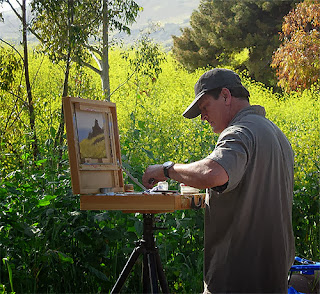 Painting near all of that mustard on the Palos Verde peninsula, CA.
I was signing in the post something else and noticed on my stats that I have now officially had over 100,000 visitors to my blog. Imagine if I had recieved 1 dollar from each visitor, hahaha. All the paint and frames I could have bought is staggering. Still, it is quit an accomplishment for this little art blog among the hundreds of thousands of art blogs.
I hope to post better work here in the coming year. It has been a crazy last 2 years, lots of things going on and an economy still dragging artists on the ground...I'm one of them. Hopefully, better art will happen depsite it all.
If you are reading this then you are why I post here and share my work and crazy thoughts with you. I'm honored you have taken the time to check out my work and I thank you for doing so.
Thank You!!!
Posted by Ron Guthrie at 11:13 AM 2 comments: 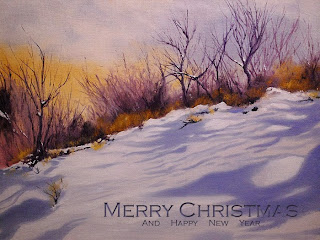 This years card was painted yesterday afternoon while waiting for guests to arrive at our house. Linda went out to meet them and as soon as she headed out the door to drive to their hotel I started painting. I finished the painting shortly after they arrived. Alla prima work is fun and this snow scene was pretty easy to paint. The background is really just blurred tones of paint. Then some blurred tones of purple bushes and then rigger brush work foing the branches of the tall plants and smalle trees. All the foreground was just an off-white and then some violet shadows. Lettering was done in photoshop over the finished image.
Maybe next year I'll start a painting for a Christmas card and print some to actually mail out. That would be cool but needs to be done ahead of time.
So, Merry Christmas to everyone....live by the Golden Rule, love one another, appreciate the things and people around you and enjoy life no matter how hard it can be at times....we only have it for a short time so try your best to enjoy as much of it as possible and let the rest of it not bother you.
My best to you and yours!!!!!
Posted by Ron Guthrie at 11:54 PM 2 comments: 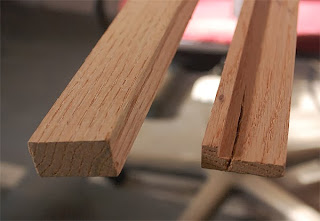 Last year I painted two snowman scenes to give to my daughters to hang in their homes during the Christmas season every year as a way of forcing them to remember their Dad, hahaha. The truble was I did the paintings at the last minute, which is when most ideas pop into my head, and didn't have time to frame them. I gave them to the girls but told them to let me keep them to frame them which took me forever. This week I made frames for them, finally, and they came out pretty nice. Above is the raw oak wood on left that I cut down to what I need on the right. It's just a basic "L" shape. After cutting 4 sections and glueing them together the painting will slide in from behind and stop at the lip you see on the section to the left of that crack in the wood.
Here is what the frame looks like all finished and with one of my paintings inside to test it...... 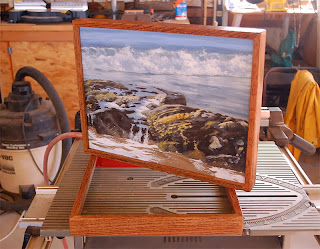 This isn't the frame I'd use for this painting but it shows how the frame works with a painting in it. The dark stained oak works nice with the actual paintings of the snowmen. I think my girls will be happy.....and that's another project that's finally finished! 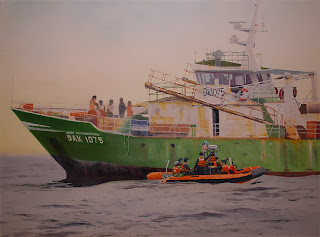 This is the painting I have done this year to submit to the Coast Guard for consideration to their 2014 Collection. The painting is of an AMLEP boarding of a Senegalese fishing boat. African Maritime LawEnforcement Partnership (AMLEP) missions are joint missions with Africian Navies and US Coast Guard to deter "illicit transnational maritime activity", or for you and me to understand, nab the bad guys.
I liked this scene which was from a photo taken by Petty Officer 2nd Class Etta Smith. I cropped the area of the photo I liked and worked from that. The ship was longer but I needed to work with a more rectangular format (18x24) and didn't want the ship and inflatable boat too small trying to fit the whole fishing boat in. I cropped what was important and happy with the results. One nice thing about painting fishing boats is getting to work all of the rust and faded paint in. That's fun stuff for an artist.
I'm also happy with the water in this scene. The sky was pretty overcast, I actually added some blue to it up top but the reality of the photo was an overcast sky. Overcast skies suck for artists in general, remember everything has it's day in the sun too, but for an artist it zaps out strong shadows, bright highlights, more intense color and lowers the mood in my opinion. All of those conditions can make for a terrific painting but I didn't want that here. With the sky as I made it the water surface color works very well. No strong color reflected off of the ship onto the water surface which keeps the eye where it needs to go....on the ship and inflatable, the Coast Guard does have it's parameters so I keep that in mind with work possibly headed their way. This has been submitted so I'm crossing my fingers.
Posted by Ron Guthrie at 9:41 PM No comments: